There are only 15 kilometres between Hotel Amalfi and Positano, a small jewel of the Amalfi Coast where shopping is a must

Positano, already famous for tourism in Roman times, is ideal those wanting to shop on the Amalfi Coast.

Just a few kilometres from our 3 star hotel in the centre of Amalfi there are small ceramic shops and local clothes shops made famous by Moda Positano. You can buy souvenirs and typical local products as a reminder of your holiday on the Coast of Campania.

From the historic centre of Amalfi, where the hotel car park is situated, it is easy to reach the tourist port where ferries, such as the Metrò del Mare and Sita buses depart

The breathtaking views and monuments in Positano bear witness to the past of this small town on the Tirreno coast, recognised by Unesco as a world heritage site.

Here are the things to see in Positano that Hotel Amalfi advises its customers to consider for an excursion on the Amalfi Coast.

The Saracen towers bear witness to the attempts of Arab domination that occurred throughout the history of the Amalfi Coast. Tourists can visit the charming towers where the coast was defended against invasion.

The church of Positano situated by the sea and dedicated to Santa Maria Assunta, is not just an example of medieval architecture, but is also tied to a local legend.

The legend says that the name Positano was suggested by the painting of the Madonna in the XII century. The boat that was transporting the painting, was stopped by the dead calm of the sea. At that moment the sailors heard a voice coming from the painting, and understood that they had to stop there. 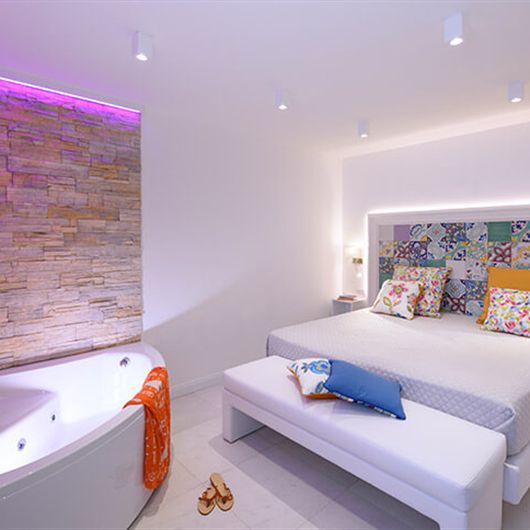 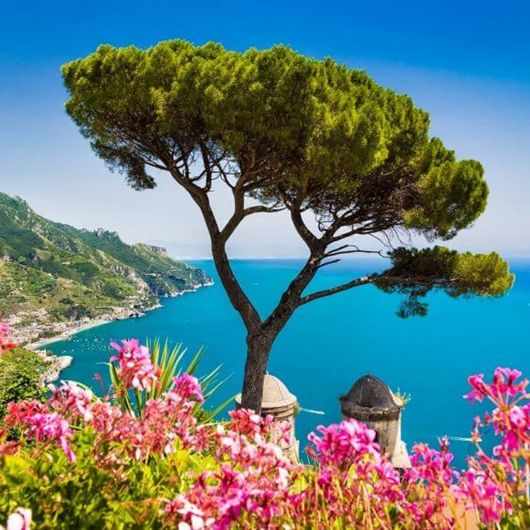 Hotel + excursions offer in AmalfiSee details
«For the people of Amalfi, going to Heaven on Judgement day will be a day just like any other.» (Fucini R.)
Discover the
exclusive gifts